Events in the City 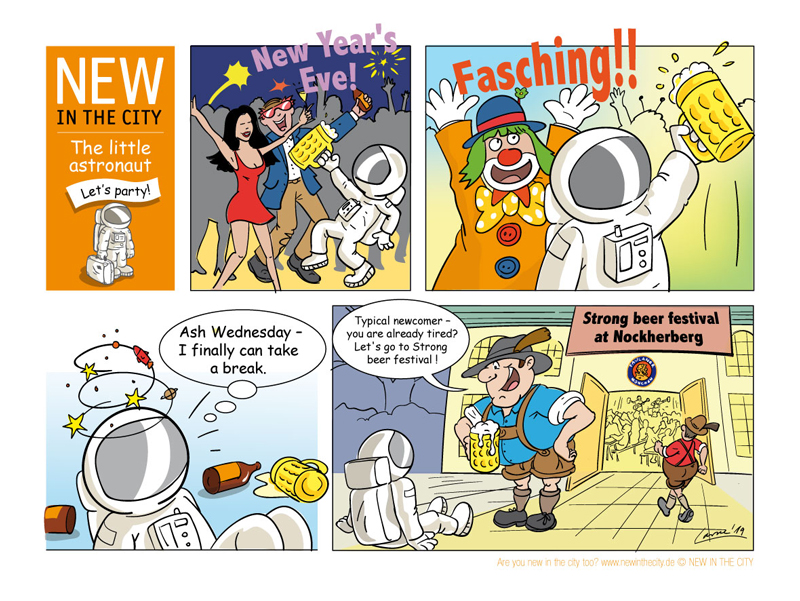 Anyone who thinks of Munich first thinks of the Oktoberfest. But any newcomer to Munich will quickly discover that this mother of all festivals is only the tip of the iceberg when it comes to events. The Frühlingsfest, Film Festival, Sommerfest, Blade Nights, Tollwood, countless street festivals and lots more all merge seamlessly into one another. It’s best not to exhaust yourself trying them all – first have a careful look at exactly what’s on offer.

Well worth checking out is Tollwood, an “alternative” festival that takes place twice a year and is growing increasingly popular. There’s also plenty for cinema fans to feast their eyes on at Munich’s International Film Festival every year at the end of June, and at a host of open-air cinema nights. Then, laden with blankets and picnic baskets, crowds flock to the romantic Seebühne (lake stage) in the Westpark or open air cinema at the historic Königs­platz in July.

But Munich and its environs have many other open-air events on offer. For example, you should not pass up a visit to the Kaltenber­ger Ritterfestspiele knights’ jousting festival, where you can take an instructive and impressive trip through time to the Middle Ages. Every July, classical sounds can be heard on the Odeonsplatz in city center. Within the framework of the Opera Festival, with the slogan “Oper für alle” (Opera for All), a performance of the Natio­nal Theater is shown live on the Max-Joseph-Platz. If classical music isn’t to your taste, simply wait for Theatron Festival, a summer of free music of all kinds at the Olympic Park every August, where the music tends more towards rock.

When this festival ends, Munich people start to gear themselves up for the world-famous Oktoberfest, which attracts over 6 million visitors a year. But even after these two party marathon weeks on the Theresienwiese – or Wiesn, as Munich citizens call it – the parade of events has not yet come to an end. The Lange Nacht der Museen (Long Night of the Museums), another highlight of the year, is just around the corner. This is followed by the popular Winter Tollwood, with its wonderful Christmas market. All the important annual events are listed in the Events Calendar