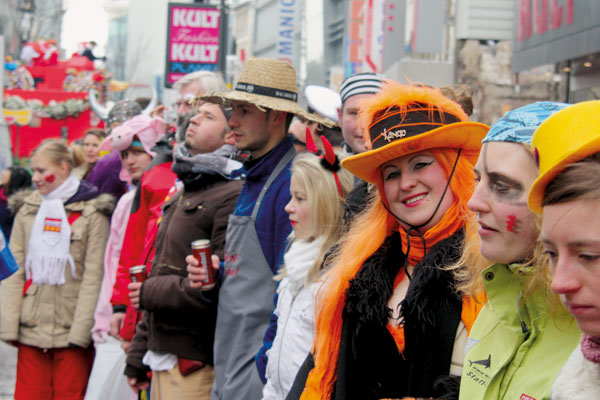 Welcome to one of Germany´s most creative, exciting and above all most original cultural regions!
Cologne has 60 theaters, the Philharmonie concert hall and famous museums such as the imposing Museum Ludwig temple of art and the Rautenstrauch-Joest-Museum´s ultra-modern new building.
Many more small theaters in old factory premises or intimate living room-style venues as well as a notable comedy scene and more than 70 art galleries also help to create the distinctive charm of Cologne´s cultural life.
And because you´re in Cologne and not Berlin or Paris, you´ll encounter the city´s special humour and Rhineland attitude to life, for example in the Hänneschen Theater.

You´ll see true original Cologne characters here instead of the usual German fairy tale figures of Kasper, Seppel and others.
The stars are a male character called Hänneschen and his female companion Bärbelchen, who funnily enough is either his sister or lover depending on whether it´s a show for children or adults, along with Cologne native characters Tünnes und Schäl, who with their idiosyncrasies and ironic innuenadoes often have the audience crying with laughter.

But take note – Tünnes and his friends converse only in Kölsch, the city´s dialect!
Theater visitors who prefer a more melodious Shakespearian style of stage speech or a lyrical opera duet are also well provided for with artistic treats in drama, opera, dance and even children´s opera in Cologne´s state-run theaters.

Bonn is very close to Cologne and it also has many cultural highlights.
Besides state theater productions, Bonn is home to the nationally known Springmaus comedy theater.

It has even more cultural offerings with five top-class museums next to each along the “museum mile.”
Culture vultures in Rhineland will find it difficult to pick from among this rich variety of choices.