Major Hamburg events you absolutely should not miss! 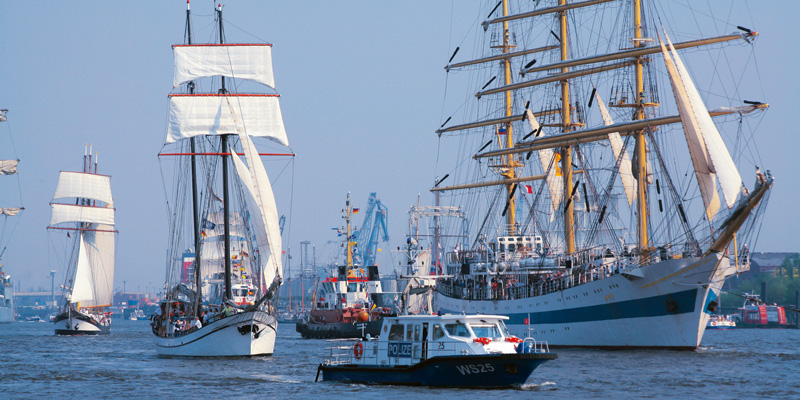 Hamburger Dom, Hafengeburtstag (harbor birthday), Alstervergnügen – many of Hamburg´s major events are famous way beyond the city limits and attract millions of people from near and far. The Hafengeburtstag especially, with its ships´parade, breaks new visitor records year after year. In 2009, 1.2 million people attended the world´s largest harbor festival. But the banks of the Elbe are not the only places to party. The Hamburger Dom carnival takes place three times a year at Heiligengeistfeld close to Reeperbahn. A total of 9 million visitors come to the stalls and rides of Northern Germany´s largest carnival every year.

The unusual name (Dom is a German word for cathedral) was actually inspired by a real church.
Until its demolition in 1804, market traders and show people offered their services in Hamburg´s Marien-Dom in the old part of the town.
Later, the carnival took place in alternating districts for a while – until it was finally allocated the Heiligengeistfeld as a permanent venue in 1893.

More than a million people attend the Alstervergnügen every year in late August with its food stalls, traders and stages.
The highlight of this event in the true sense of the word is the International Fireworks Festival.
On three evenings the night sky above the Alster is lit up with pyrotechnics choreographed to the sounds of various pieces of music.

In fact, fireworks fans can count themselves lucky in Hamburg.
All eyes are on the colorful fireworks spectacles during the Hamburger Dom carnival and the harbor birthday, as well as on New Year´s Day at midnight.

The Japanese Cherry Blossom Festival in May, the new Harbor Front Literature Festival in September and the Ducksteinfestival on the Fleetinsel and the traditional open air cinema at Rathausmarkt and in the Schanzenpark are further examples of Hamburg´s extensive calendar of events.
Bored? That´s a word you won´t hear often in Hamburg.