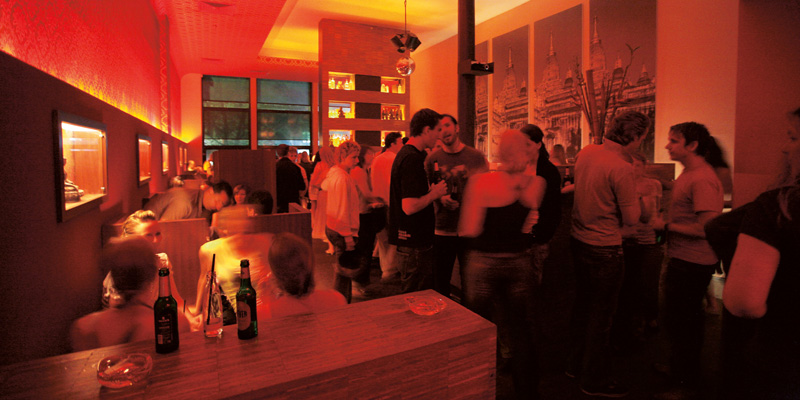 Party-goers shouldn´t bother going out before 10 pm on Friday nights. When other places are quietening down, Hamburg just is getting going, especially on the Reeperbahn. Here, and in its side streets, is the greatest density of clubs in the city and this is precisely where the new star in Hamburg´s nightlife sky opened 2008 – the glamorous Moondoo. Many clubs such as the Prinzenbar offer an alternating program of dance-floor sounds and live music. The blurred line between bars and clubs is most impressively shown, for example, in the Herzblut St. Pauli Bar with its infinitely variable metamorphoses.

If you want to experience as much as possible in the shortest stretch head for Hamburger Berg.
In this small Reeperbahn side street, most of the bars and clubs are concentrated in the smallest of spaces.
Another side street, Große Freiheit, also offers a large number of clubs with Große Freiheit 36 as its most famous street number.

Generations have partied here, whether to rock sounds in the Kaiserkeller or at live concerts in the Große Freiheit itself. On the other side of the Reeperbahn is the legendary Hans-Albers-Platz, the linchpin of the Kiez. From here you can head in all four directions.

For instance toward Hafenstraße and thereby to one of the most important clubs of the Hamburg szene: the legendary Golden Pudel Club.
Weekends are also wild in other parts of the city.

The Schanzenviertel is always being talked about with the continuous opening of bizarre new places.
If you´re still not tired in the wee morning hours, the party goes on in the Location 1-3 where the clubs open from 4 am and 5 am on the weekends respectively, and turn the day into night once more for many party-goers.